Chorus 30 From Blues For The Hitchhiking Dead

by He Was Eaten By Owls 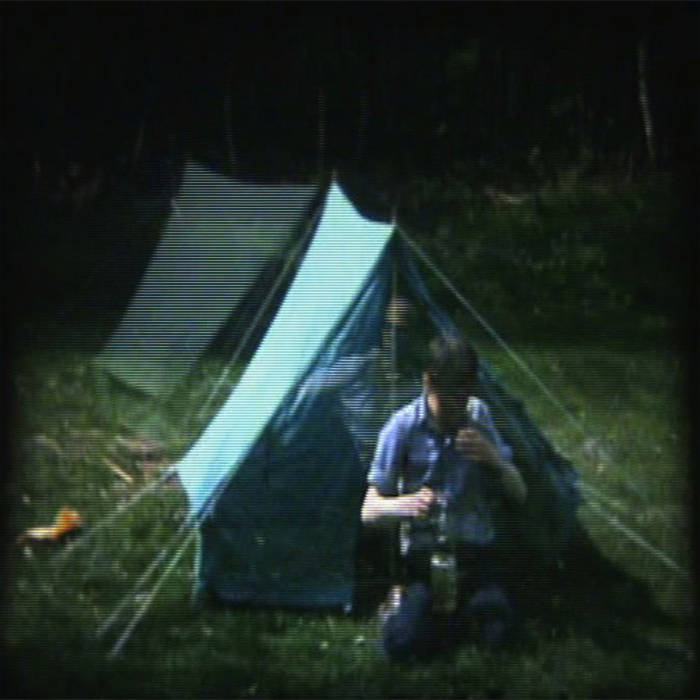 stegy82 Incredible instrumentation, fresh song structure that throws you through endless loops. Good occasional hooks, and a wonderful mix of genres. Favorite track: We Shall Oscillate Like A Pendulum.

laneg It took a few listens to even get an idea of what to call this. I think I've settled with "mathy post-chamber rock". Wonderfully unique addition to my collection.

Kon Darp Exceptional post-rock album with an interesting topical slant that's doesn't hammer you with its own awareness. Favorite track: Asleep, The Moon In One Eye, The Sun In The Other.

"He Was Eaten By Owls have been spreading their politically motivated blend of post-punk, chamber music and jazz to startled audiences for the last 3+ years, all the while alluding to a 'chamber-math opus of epic proportions' in the works.

That masterpiece has finally arrived, in the form of 'Chorus 30 From Blues For The Hitchhiking Dead', a non-stop onslaught of dextrous acoustic guitar, dancing string/wind arrangements and sudden dynamic & rhythmic changes over pulsing, groove laden drums.
Part funded by the Arts Council UK - we here at Fu Inle Records can honestly say we have never had anything with the sheer scope and vision of this project on our hands before.

Recorded over the course of a year at House of Strange Studios, Fu Inle Studios and Unit 8c with some of the UK underground scene's top engineers - and featuring members of the London Symphony Orchestra, The Ginsberg Jukebox, Patchwork Natives, Colin Samurai, Exploder Than You and Sol Flare, as well as an awe inspiring collaboration with Komorebi Komorebi - the album dances nimbly and thoughtfully around intersectional feminism, queer theory, class issues and other radical praxis.

Featuring artwork in part overseen by Swedish installation artist Henrik Potter and a small essay by feminist scholar Georgia Lassoff there's not a single part of this record that isn't a true offering - a true labour of love - and a particularly unique one in this modern time of quick fix, download-and-go consumerism.

With their roots deep in the anarchist UK squat scene, HWEBO defy genre specification almost completely as they stretch their angular, off-kilter noise into new, totally untouched territories; a new line of experimental post-whatever music firmly footed in polyrhythmic counterpoint chamber composition, newly updated for the modern era with the addition of drums and amplified guitar.

Limited to 500 cds, 250 vinyl forever. Get them while you can, and enjoy the downloads free of charge always.

"As a political statement, Chorus 30 From Blues For The Hitchhiking Dead delivers its message clearly without ever feeling blunt, tortured or trivially obvious. As a rock album, it’s a brilliantly assembled blend of math-rock, jazz and chamber orchestration that sounds utterly unlike anything I’ve heard before."

"Chorus 30 From Blues For The Hitchhiking Dead is a paragon of DIY culture, something to celebrate and aspire to. A retort to inequality, a guidebook for humanity."

"He Was Eaten By Owls, of which I will from now on just refer to as Owls, are a self styled “Queer-Math/Chamber-Punk” band from London, who’s album Chorus 30 From Blues For The Hitchhiking Dead, of which I’ll refer to from here on out as Chorus, is an engaging plate of alphabetti spaghetti that uses the Post-Punk/Math-Rock playbook as a boomerang to unfortunately, whilst said boomerang is in the air, attempt to talk politics and Anarchist social movements touching on Race and Gender movements.
And if you are sighing at the name of both title and band because you’re scared of the whole thing being super-pretentious, then you’re actually wrong, semi-wrong, there are no flugelhorns after all."
(Artists disclaimer - THERE ARE FLUGELHORNS M8S)

He Was Eaten By Owls London, UK

Supported by the PRS For Music Foundation and the UK Arts Council.

He Was Eaten By Owls recommends:

Bandcamp Daily  your guide to the world of Bandcamp

outré black metal, with a Victory Over the Sun interview and music from Liturgy and Jute Gyte.